Ohhhhhh, now I’ve instantly pissed off a bunch of people!

Funny, that. It’s even funnier that I really don’t care.

Let me quantify this with my expressed option (and it’s just that – MY opinion) as well as offer up a disclaimer.

Firstly, I am not religious. That means, I do not belong to any one organized belief system about God. My belief system is base more upon metaphysics. Now, let me define exactly what that means, because, I think a lot of folks don’t understand it.

There, copied and pasted from the Internet.

Are you still with me?

I like to refer to myself as a cosmic girl. I have many beliefs and theories that resonate with me and there are some aspects of religions that gel with me, too. What I don’t practice – is one, specifically. I also spend an exorbitant amount of time researching and attempting to understand all aspects of life and after life. Seriously, I could send you about a dozen links to what I’m investigating.

Therefore, you could not call me a Christian. Nor could you call me an Atheist.

I do, however, believe in GOD – or the One Source. Or any other name you wish to call it. I also believe we, as souls, are all part of GOD. We are all connected. Each and every one of us, along with every other life form on this little blue-green planet.

We’re all in this together. We are all one – and yes, we’re individual, but all part of THE ONE.

At any rate…again, MY opinion.

I will point out that if your beliefs differ, that’s totally cool with me. I respect that and you. You can believe in whatever you like and if the Hindi faith rocks your boat, go for it! It’s your belief, your path, your heart and life. Not mine.

I do, however, resent those that do.

Something really terrible happened to me (and many others that shared his brief life) just over two months ago. The man I loved and adored left the world in a terrible, terrible way. He chose to take his life.

While the complexity of this situation is steep and almost insurmountable at this stage, it’s a simple fact. He’s gone. He’s gone and those that love him are left here to deal with how we feel. Well, I think I can speak for all of us. It’s complete devastation x about a billion. Scratch that – x about a billion to the 10th power.

Those that know me and those that I’ve decided to let into my life during the past 49 years (there aren’t very many, I’m choosy) know how I feel about religion. To start preaching to me, YOUR views, especially at a time like this, is seriously disrespectful. It will make me mad.

I’ve decided it’s not in my best and highest good to have these people in my life. Now, more than ever, I’m standing up for what people believe in and the right to do so. And, oddly enough, this would include YOU!

I’m talking about a lot of things: sexual orientation, personal rights and personal belief structures – I could go on. If there is one thing my mother taught me, well, it’s to: live and let live.

“Each to his own!” she’s always saying.

As long as you’re not harming anyone else, do whatever the fuck you want.

It’s not up to you. It doesn’t matter if Brian was an Atheist or a Communist. He was neither, by the way, but raised Catholic. It doesn’t matter what YOU believe in. What matters…is that those that loved him are in a shitload of PAIN so intense that if you’ve never experienced it, you should get down on your knees right this moment and pray to whatever God you worship that you never, ever, ever have to go through it.

We don’t need to be told where to find the Lord/Lady. We already know where SHE/HE is and she’s/he’s NOT lost. We don’t need religious Hymns sent to us and to have you jump onto your soap box and start preaching the WORD.

We do, however respect them so – please respect ours.

If you don’t, you will find yourself not included in our lives from this point on. You will find we won’t communicate with you further and you will find that you no longer have us as your friend.

Yes, I’m breaking up with you. Deal with it. 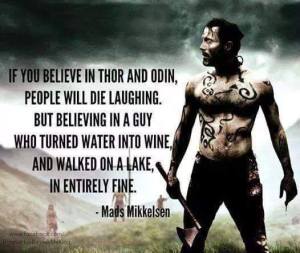